The Cinema Museum in London has to be one of the most fascinating yet predominately undiscovered of all London Museums.

What better way to discover the museum but by seeing for yourself what they have on offer. This short videos really will give you a flavour of the museum and you cany see how the owner is a true film and cinema history enthusiast.

Admission to the museum is via booked guided tours only. Please email or telephone in advance to make your booking.

Open most days for booked visits. There is an admission charge

The museum is housed in a Victorian workhouse in Lambeth, which was once frequented by the young Charlie Chaplin and his brother.

The museum began as a collection by the avid cinema enthusiast Ronald Grant, who was himself a projectionist at the age of 15 in Scotland. As with all collections it grew and grew and by the 1980's it was felt that it should be opened up to the interested public. 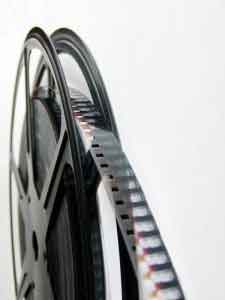 What's On At The Museum

The core of the collection was saved from the Donald cinemas which were based in Scotland and which was had sadly gone the way of many of the cinemas in this country and were shutting down and were being torn apart and all their contents discarded.

The collection consists of thousands of items connected with the cinema history including:

As an independent small and speciality museum it relies solely on money from visitors and the hiring out of their collection. As part of this they hold many very interesting and often unusual events such as the showing of rare films and talks with stars from the film industry. Keep an eye on their what's on page for new and exciting events.

Overview of the cinema museum and Interview with Ronald Grant

This second film is an informal interview with the founder of the collection, Ronald grant, which also give you a quick walk around some of the exhibits.