The Museum of London

The museum of London is as the name suggests, a museum covering Britain's capital city's long and turbulent history right back to prehistoric times. It is situated right next to the remains of the old roman city wall, which can be seen through a viewing window from within the museum.

The museum has just recently gone through a major re-designed and all the galleries were fully opened to the public during 2010. I must say that i found the recent changes within the museum very welcome as I used to find this museum rather stuffy and a little uncomfortable to explore. Now it is vibrant, spacious and is so much better organised, it really is a joy to visit. 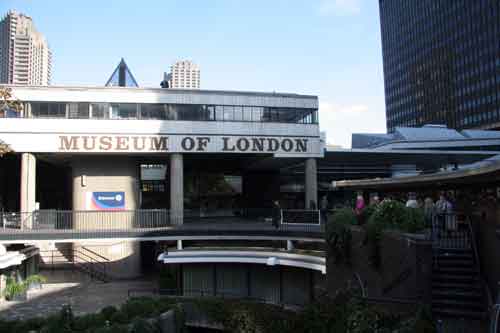 There is so much to see at the museum of London that I would suggest either an early start or to break the visit up to two separate visits. It can be rather exhausting to try and see the whole museum in one go but it is possible, but be prepared to take lots of breaks.

Whats New At the museum

There are separate gallery spaces in the museum of London which cover different periods of time in London's history. Below you will find a snap shot of each gallery, each with a click through to more pictures and information about each. Hope you enjoy them all. 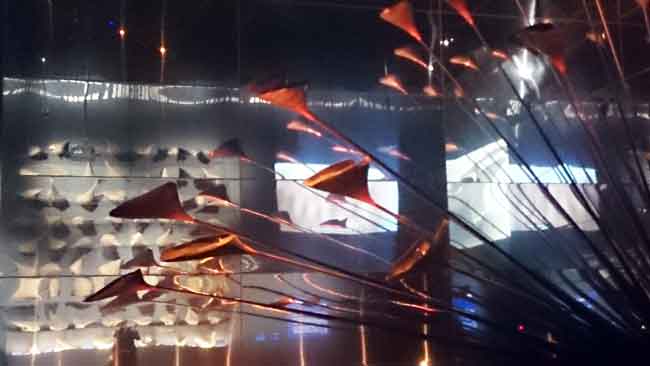 One of the newest gallery spaces holds a replica of the wonderful imaginative Olympic cauldron designed by Thomas Heatherwick.

Read my review of the exhibition and see a fantastic video of my experience. 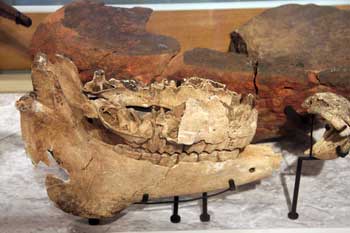 This gallery shows how the London area looked before there was any major settlements in the area around 450,000Bc right up to the time the Romans arrived around 50AD.

There are plenty of animal skeletons and bones to be see as well as many of the prehistoric tools used by the early humans in the area. The area was mainly wilderness and home to just a handful of humans. One of the most intriguing items in the gallery is a reconstructed head of a woman's skull which is around 5640 years old, it gives a fascinating insight into how the people from this prehistoric age may have looked.

More Information about the London before London Gallery. 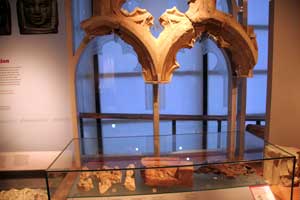 This gallery covers the period between 410 to 1558 AD and depicts the growth of London between the arrival of the Anglo-Saxons to the early years of the Tudors which was about a 100 years in duration.

There is a wide variety of items all very different in style due the large time span, so for instance you can see a gold and garnet brooch from the mid 600s to some extremely pointed shoes from the 1380s.

More about the medieval London Gallery. 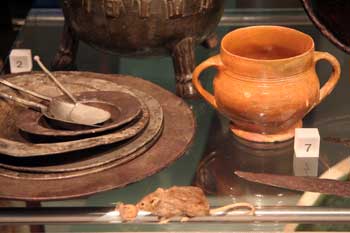 Moving on to the Roman gallery in the museum of London you will be taken through a reconstruction of some Roman rooms and shops as well as lots of items recovered such as statues and even a leather Roman bikini.

The Roman's were the first to built the first major city settlement in this area which was known as Londinium. They built roads and fortress walls to protect the city.

The Roman's settled in Britain for over 350 years and as such played a major role in shaping the country and strengthening its wealth and power and as such this area of the museum takes up one of the largest exhibition spaces to display the many objects found in London. 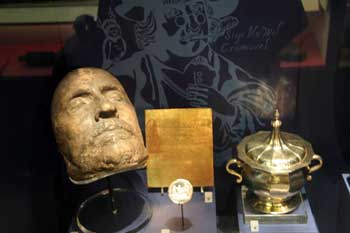 This gallery in the museum of London covers the period between 1550s-1660s. A time of extreme turmoil and destruction within the city.

The great fire of London is commemorated here via a very exciting animated display which should not be missed (it is tucked away in its own little room so keep an eye out for it).

Also the Great Plague of 1665 is also rather dramatically explained here and illustrates just how badly affected the population of the city were.

More about this gallery including the Fire of London. 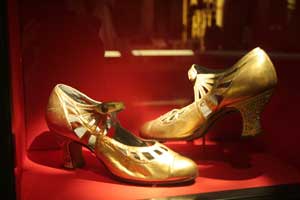 These three galleries are on the upper level and some of the newest areas within the museum of London. Personally they were my favourite areas possibly due to the fact that I could relate to many of the items on display.

Fashions, politics, technology and city growth can all be found in these galleries. These galleries are the most up to date and interactive which does make them very popular with school trips etc so do expect some crowds.

The Victorian street area can also be found in these galleries and are put together so well that you really do feel as if you are wandering around real shops. If you are of a certain age you may even discover items that you remember from your own childhood.

More about this gallery. 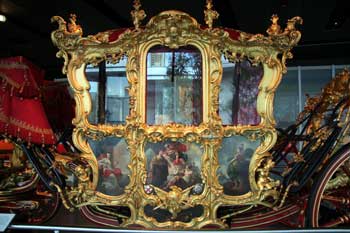 This gallery has been specially constructed to house the magnificent Lord Mayor of London's Gold Stage coach which dominated the centre of the gallery.

Many of the ceremonial robes associated with the lord mayor of London and the city's ancient traditions.

More about the City Gallery. 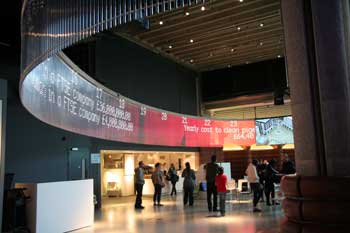 This area is a large open space in the centre of the museum of London. The area provides a seating area for hot and cold drinks and light snacks to be bought and eaten. I found this area very welcome as it allowed you to take a break as you went round the galleries, I think I stopped here at least twice during my visit.

Above the seating area you will discover a huge LED display which loops around the gallery and plasma screens which represents London life today. It is extremely engaging and you can spend quite some time viewing the screens and deciphering the LED display.

Computers can also be found in this area which allows you to explore items from within the museum in more detail.

The museum of London has chosen 10 items from its huge collection to highlight as must see objects. These items come from every gallery and they give a good basic overview of the sorts of things you can find in the individual galleries. These items are:

Have you visited the Museum Of London?

Why not share your own visit to the museum of London and gives us your own review of your visit. Did you like it? Or did you find it all too much. Whatever you want to say about the museum to help inform other visitors is welcome. Please use the form below.

Back to the top of this Museum of London Page

Mon to Sun between 10am-6pm

Admission to the Museum is FREE

There is a fee for special exhibitions