The John Wesley Chapel and Museum Of Methodism

The John Wesley Museum of Methodism and the adjoining Chapel and House are simple buildings in themselves but are considered one of the major destinations for the Methodists of the world.

Sometimes chapels can feel rather intimidating but this chapel feel small and intimate and because it is tucked back from the busy road is a very quiet place to be.

The staff are very friendly and you should feel free to ask any questions as they love to be of assistance. 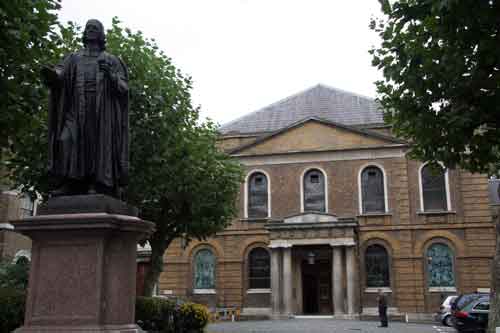 The Museum of Methodism is in the crypt of the Wesley chapel and tells the story of the Methodist movement and the life of John Wesley. You will find works of
art and ceramics from the history of Methodism as well some of Wesley's own personal belongings. A rather more macabre item is the electric shock machine
which Wesley used to treat depression.

The pulpit from which Wesley preached from in his first chapel is also in the museum. Surprisingly it is not roped off so you can stand in the pulpit
youself.

The museum is small but is very comprehensive and is visited by thousands of Methodists every year as it is treated as a pilgrimage to the place where their
religion began. For me it was a rather strange little museum, a little bare and a bit musty but having said this i learned a lot about Methodism and the life
of Wesley and i enjoyed seeing some of the more personal items on display.

The house where J Wesley lived for 11 years is situated right next door to the chapel and museum. It can be visited by the public but only on a free guided
tour. Speak to the reception in the museum to find out when the next tour takes place.

the house has been kept in almost its original condition and is a great example of a middle class eighteenth century London home which is now a grade 1 listed
building.

The Wesley chapel was built in 1778 and is a very quite space in a bustling busy city.

There are some beautiful stained glass windows in the chapel including one known as the conversion window which honours john and his brother Charles during their conversion in 1738.

Don't miss the small Foundary Chapel which is off of the main chapel entrance. This was my favourite room and is simply lovely to be in. 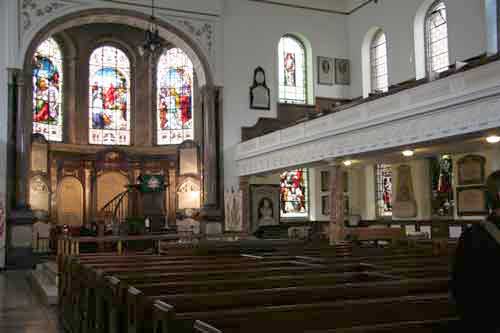 Back to top of this John Wesley Page