The Maritime Museum in London has been a part of my life for as long as I can remember. I grew up in a family who were nautical mad which was odd really as we lived in London and had hardly ever stepped onto a boat. Never the less my parents took me to this museum several times a year for many of my younger years.

So I thought I knew this London museum very well, but it had been many years since my last visit and boy was I surprised went I went for a visit recently. Things had certainly changed since I had last been there.

This is my review of my visit.

If you have recently visited the maritime museum in London yourself, why not give us your view of your day out, by adding your own review here.

A day at the National Maritime Museum

I was lucky enough to visit this museum on one of the last hottest days of the year. The maritime museum is situated in large rolling green fields and hills right next to the river Thames in Greenwich London. So even if the museum isn't your thing the place will be, bring a picnic and sit on the hill and over look London, it is one of the best views you can get of the city. 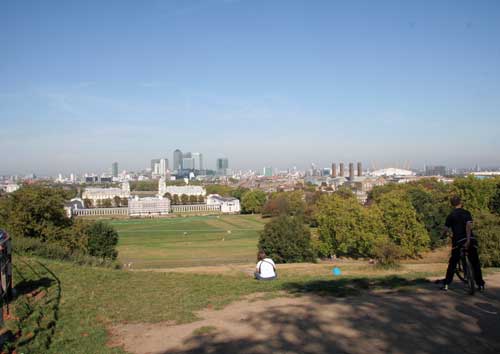 A new building has been added to the old museum since I last visited it is called the Sammy Ofer Wing and this is where the main entrance is now situated.

Walking through the huge glass doors you enter a large atrium where you have to make some choices. Do you start off with a cup of tea at the new cafe situated on your left, visit the shop to your right or delve straight into the museum's collection by visiting the first gallery in front of you called Voyagers.

If you want to get more out of your visit and you are particularly interested in the collections then don't forget to stop off at the reception desk to pick up your free Compass pass. This pass is credit card sized and allows you to swipe it at various places throughout the museum which you may want to find out more about. You can then visit the Compass lounge at the end of your day to download your card to get even more information and images about the collections. 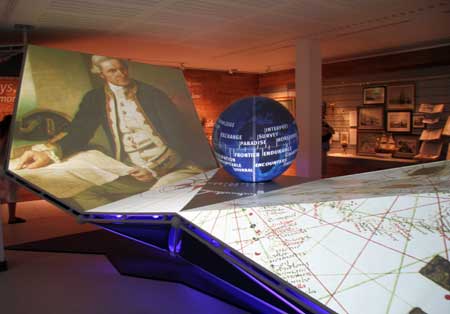 I decided to jump right in and visited the Voyagers gallery. Immediately I realised that this visit to the museum was going to very different from my past experiences as a child, which I must say I do remember being rather stuffy and a bit boring.

The gallery was dimly lit and right in the centre of the gallery was a long structure which was shaped sort of like a wave. Onto this structure moving pictures and words were projected giving the illusion of a moving wave, a sound track of waves and the sea added to the effect. The pictures were constantly changing which meant that you were captivated for some time to see what would happen next.

I then moved onto the main hall, which again had changed from mu childhood. A large glass ceiling now dominates the room and a second floor had been added in the centre of the gallery. Around the sides were some of the exhibits I remember as a child, the silver metal boat and figureheads for example.

Walking up to the second floor we came upon a photography shoot where they were dressing up actors in traditional clothes. Later these actors were roaming around the maritime museum and grounds which many of the visitors seem to enjoy.

This gallery area is great for a quick sit down and bite to eat at the little cafe situated here. You can then have a quick look at the environment gallery which is in one corner of the gallery. I must admit I gave this a miss as I wanted to get to the more traditional collections.

I wanted to make sure I did not miss the room containing Nelson's Trafalgar coat and so I went next to see this in the maritime London gallery. This turned out to be one of my favourite rooms as it covered the relationship of London and the sea and how it shaped the people of the city. Being a Londoner myself I found this particularly interesting. Nelson's coat did not disappoint either as I hadn't expected to see the torn shoulder where the bullet had entered Nelson's body and which eventually killed him. You could also see a grease mark on the back of his coat where his short pony tail had been and his blood stained stockings. 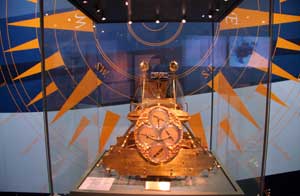 Next I went to the Explorers gallery. I must admit I found this a little themey for my taste. A creaking mock up of a ship's deck and a sort of ice grotto didn't really work for me but I guess it is more for the kids and I could see what they were trying to do. The rest of the exhibition was good though and it was well worth visiting this gallery.

After a quick bite to eat I over on upstairs to the other galleries in the maritime museum. I will admit that each gallery did cover a different aspect of Britain's involvement with the sea, such as trading, exploring, navigating etc and each one was well done. However I did find that after a while they did seem to blur into one. I guess this is unavoidable considering it is all to do with the sea etc. My advice would be perhaps to spend some time before your visit and check out the particular areas you will find most interesting personally and then to really enjoy those galleries rather than trying to do them all as I did and finding that you were becoming overwhelmed with it all.

I would say that the compass card was very useful as you can also use it at home with your computer. I got a lot more from this information away from the museum and in fact I think I may have even learned a lot more too. So it is well worth picking one of these cards up. 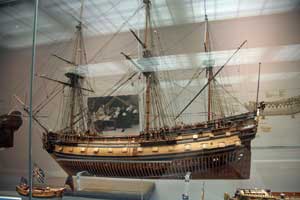 There were two other galleries which did excite me though and that were the Models of the war ships room and the Baltic memorial glass area.

The model ships were fantastic, so detailed and considering how old most of them are, very well preserved. If wooden models are your thing then make sure you visit this room, it is a little tucked out of the way I think but worth tracking down.

The Baltic Exchange Glass was simply stunning. The Baltic exchange was badly damaged by a bomb in the 90's and most of the glass was damaged in the blast. However after years of hard work a lot of the glass has been restored and you can see it in all its glory at the museum now.

The Maritime museum has changed a lot and in my onion I would say that this is both good and bad. I think it probably works a lot better for the children now and I do like the architecture and open spaces now incorporated.

However for my part I do feel that something has been lost. I remember the museum as a child and I remember really getting a sense of the sea, the history and the objects, now I feel that they have sort of been glossed over and the museum itself is more the experience rather than the collections. This of course could be just me and I would still recommend this great London museum to anyone.

Why not share your own experience of the maritime museum in London with everyone.

Have You Visited The Museum?


Back to top of this maritime museum page

Back to main National Maritime Page