The Mayfair London area is now one of the most exclusive places in the city. It has the highest density of Luxury hotels and specialist shops and is home to many of the city's high flyers.

It is an area just west of the center of London which is named after an annual fair which began in 1686. Most of the buildings date between the mid 17th century and the mid 18th century. At which time it was perceived as a very desirable and fashionable part of the city to live.

Now a mostly commercial area it is the place to shop if you enjoy the finer things in life. 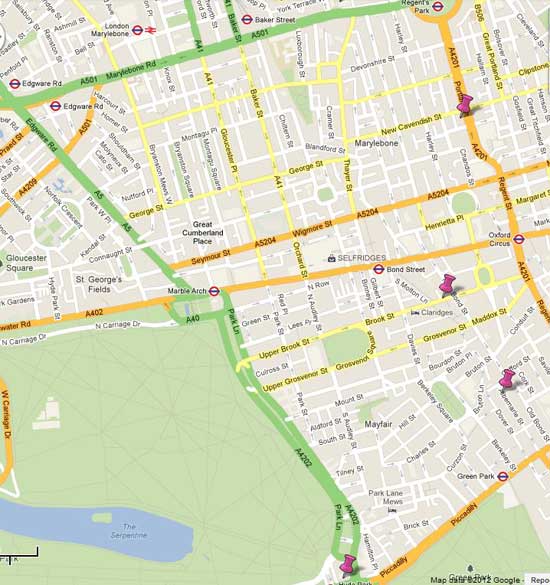 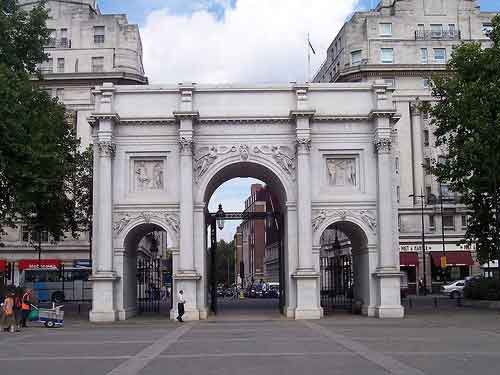 Museums in the area

Other Places of Interest In Mayfair London

This is a fabulous place to visit and one of my favorite haunts when I m in this part of the city.

They hold regular exhibitions but most notably a yearly summer exhibition whereby anyone can submit their work for consideration to be included. Thousands of unknown and famous artists apply and the walls are literally covered with the best.

This area of London has always had an American presence since 1785, the American Embassy is situated next to the gardens. 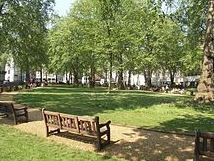 "and a nightingale sang in Berkley square" a famous 1940 song used in the Hollywood film "my Fair Lady".

This quiet garden is a wonderfully relaxing space away from the hustle of the busy London Streets.

The square is famous for several things such as having the most haunted house in London and for being the home for the fictional character of Bertie Wooster.

Marble Arch and the Wellington Arch

These two iconic structure were originally commissioned by George IV in 1825 to commemorate our victories in the Napoleonic Wars. It is a very popular destination for tourists as it is also the location for the famous Tyburn Tree which is where Londoners used to execute their criminals. 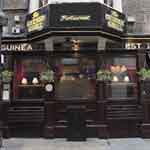 This is not a cheap area, the restaurants in the area reflect this fact so if you do intend to eat at a restaurant, do expect to pay high prices. You will of course be eating the highest quality food in the most luxurious environment.

There are also many chain restaurants where the prices are not so high. Places such as Prezzo near Marble arch and The Tyburn are both much cheaper options.

This is a beautiful covered shopping arcade which was built in 1819. It sells top end goods including items such as Top Hats and unique jewelry.

One of its nice features is that it is patrolled by a sort of security guard known as a Beadles. Who are dressed in top hats and frockcoats.

In the heart of Mayfair lies this fashionable shopping street which has been so since the 18th century.

The second half of this street is the home of Selfridges, a world famous department store with a reputation for quality and choice.

These are the tube stations in the Mayfair London area.

Back to the top of this Mayfair London Page