Medieval London
at the Museum of London

Medieval London is the period 410 to 1558 AD and is the time between the coming of the Anglo-Saxons to the beginning of the Tudor period.

The gallery covers some of the major events and influences of the period such as: 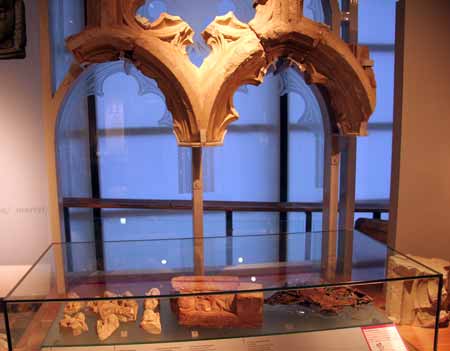 The medieval London galley has many items from day to day life such as items owned by children such as shoes and a leather jerkin (a sort of vest). There are also items that were used for leisure time, which although was rare, shows that they had similar past times to ourselves in the form of games, sport and gambling. Some of these items include:

However items from the Saxon period in the museum's collection is rather small in number only (around 700 items of the 12,000 items in the medieval collection). this shows just how few settlements there were in the London area and that their belongings were few.


Back to the top of this Medieval London Page